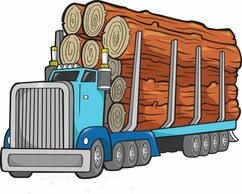 Please share a memory of Brent to include in a keepsake book for family and friends.
View Tribute Book

Conrad Brent Holland, 69, of Doniphan, MO, departed this life Friday, December 16, 2022, at Poplar Bluff Regional Medical Center in Poplar Bluff, MO.  He was born on April 25, 1953, in Doniphan to Wilma (Keeny) Holland of Doniphan and the late Eugene C. Holland.

Brent had worked in the timber hauling loads of lumber and logs. He liked to work puzzles. His dog was his pal, and the two of them would enjoy riding around.

In addition to his mother, Brent is also survived by a sister, Martha Frances (Lial) Holland of Doniphan.

Brent was preceded in death by his father and a son, Phillip Holland, who preceded him in 2008.

A private family service will be held at a later date.

A Memorial Tree was planted for Brent
We are deeply sorry for your loss ~ the staff at Edwards Funeral Home, Inc.
Join in honoring their life - plant a memorial tree
Online Memory & Photo Sharing Event
Online Event
About this Event