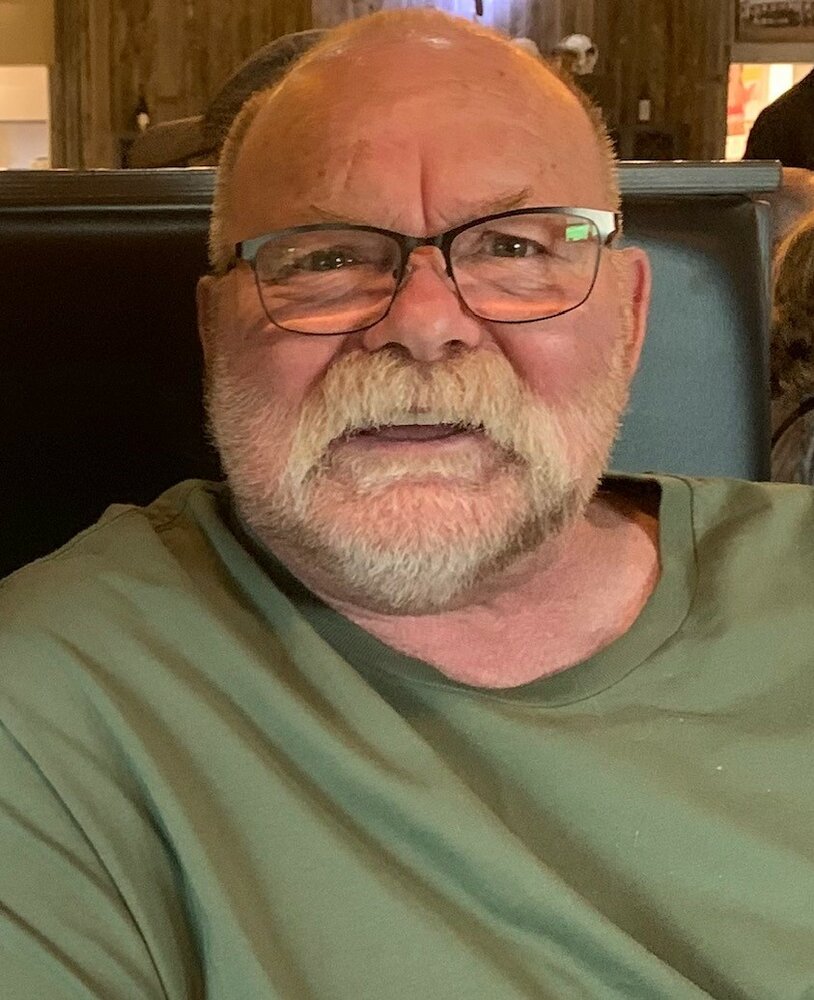 Please share a memory of Doug to include in a keepsake book for family and friends.
View Tribute Book

Gerald Douglas (Doug) Ezell was born in Poplar Bluff, MO on July 3, 1954, to Thomas E. Ezell and Norma Jean Trotter Ezell. He departed this life on December 6, 2022, in Springfield at the age of 68.

On August 19, 1977, Doug married Glenna Cosby Ezell; she survives. He is also survived by two children, Kyle Douglas Ezell and his wife, Kelsey; their daughters, Kinsley and Hattie; and his daughter, Heather Dawn Ezell, and her wife, Justine Tydings; a brother, Larry David Ezell and his wife, Loretta; along with numerous special nieces and nephews.

Doug was preceded in death by his parents; brothers, Thomas Michael and Dennis George; and a very special grandmother, Hattie Ezell.

Doug enjoyed spending time with family and friends and walking the hills and hollers of his beloved farm. He was a lover of all animals and one of his favorite things to do was to sit on the deck of the cabin watching the deer play in the field, while drinking his coffee and listening to Cardinal baseball.  Doug was also an organ donor, so he continues to live in the life of others.

Visitation will be in the Edwards Funeral Home Chapel on Tuesday, December 13, 2022, beginning at 11:00 a.m. with the funeral service to follow at 1:00 p.m. Pastor Phillip Wright will be officiating, and burial will be in Shiloh Cemetery. Serving as pallbearers are Larry David Ezell, Kyle Ezell, Chad Ezell, Brian Ezell, Ethan Cosby, and Chad Wilson.

Share Your Memory of
Doug
Upload Your Memory View All Memories
Be the first to upload a memory!
Share A Memory
Plant a Tree