Sign in
Recommend Norma's obituary to your friends
Plant A Tree 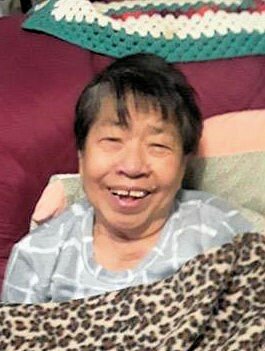 Please share a memory of Norma to include in a keepsake book for family and friends.
View Tribute Book

On Sunday, November 27, 2022, Norma Orfinada Sullivan, age 74, of Doniphan, passed away peacefully at Poplar Bluff Regional Medical Center. Norma was born May 8, 1948, to Antero Orfinada and Segunda Rangudo Orfinada in Alaminos, Pangasinan, Philippines. Norma, or “Auntie Norma” as many people regard her, loved fishing, gardening, and crafting. She always had a smile on her face and loved feeding people when they came to her house. She introduced Filipino cuisine such as Pancit and Lumpia to a large majority of people in Poplar Bluff and Doniphan. Norma worked for Lucy Lee Hospital and Samuel’s Medical Center for almost 20 years. She named Lucy Lee Parkway in a contest back in the 80s.

Norma was preceded in death by her parents, in-laws Dee and Juanita Halcomb, brothers Beno and Binang, a sister Rosing, an infant daughter and son, a special friend Irv Emmons, and brothers-in-law Terry and Doug Sullivan.

Visitation will be Friday, December 2, 2022, from 10 am -12 pm with the funeral following at Edwards Funeral Home, and graveside services will at Bellview Cemetery in Doniphan.