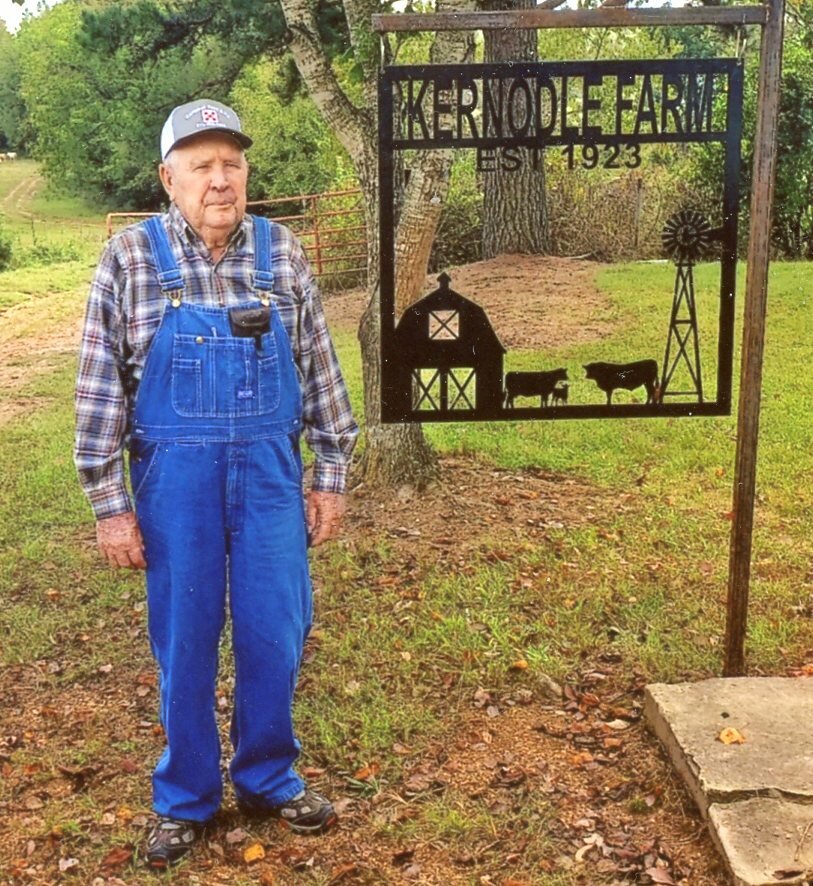 Please share a memory of Jack to include in a keepsake book for family and friends.
View Tribute Book

Jackson Kernodle, 91-year-old resident of Gatewood, MO, departed this life Wednesday, November 16, 2022, at his residence with his family around him. He was born at home on the farm on October 6, 1931, to the late Bedford and Ida King Kernodle. In addition to his parents, Jack was also preceded in death by a sister, Geraldine, a baby sister, Imogene, and brothers, Gus and Dempsey Kernodle.

Jack wore many hats during his life. He worked as a sawyer for several sawmills in the area, drove a road grader for the local road district, worked for the conservation commission, and maintained the family farm his dad purchased in 1923. He raised corn, hay, and cattle. He served on the Tucker Cemetery Committee and was Ponder Gatewood Road Commissioner for two terms. Jack attended Lingo Free Will Baptist Church.

When Jack was younger, he liked to play croquet and fast pitch softball. He was a member of a team called the Ponder Porcupines who, during the centennial days, was undefeated in the area. Jack was the pitcher. He loved to fish and hunt and was known in the community as one of the best shots around. In later years, while living on P Highway, the deer seemed to get revenge by eating his garden up. No matter what he did, hot pepper, ashes, human hair, even an electric fence, it didn’t deter the deer. As he got older, he participated in a little less taxing games like solitaire and rummy which he played with the grandkids. Different family members bought him new cards, but he just taped up the old ones and kept playing.

Visitation will be in the Edwards Funeral Home Chapel on Sunday, November 20, 2022, beginning at noon with the funeral service to follow at 2:00 p.m. Burial will be in the Johnston Chapel Cemetery. Brother Jim Kelly and Brother Donnie Miller will be officiating.