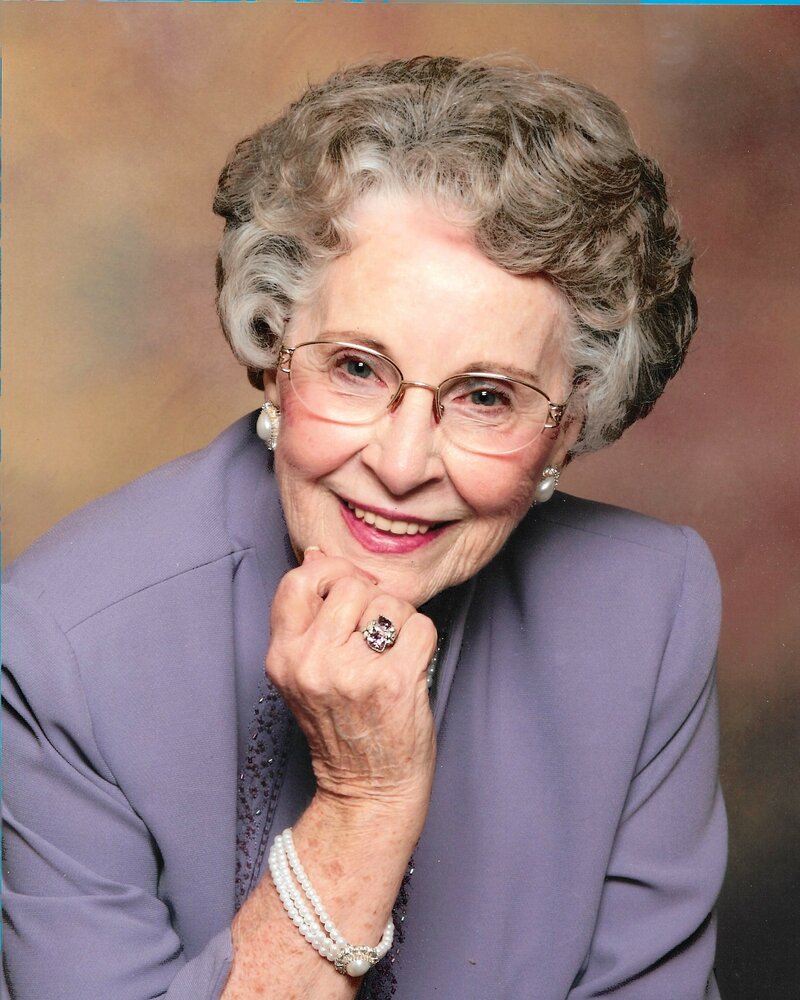 Please share a memory of Betty to include in a keepsake book for family and friends.
View Tribute Book

Betty Jo Bear passed away at the age of 92 with much peace on October 14, at Current River Nursing Center.  Predeceased by her loving husband George Douglas “Doug” Bear in 1994.  Survived by son Steven (Terri) of Honolulu, HI., grandchildren: Steven B. Bear (Cher) of Cabot, AR., Jeremiah Bear (Vanessa) of Eva Beach, HI., step-grandchildren, Renee Leslie-Pieters of Aiea, HI. and Michele Amoy of Kaneohe, HI., along with numerous great-grandchildren. Betty had one very special niece, Dee Bax of St. Charles, MO., whom she adored and loved like a daughter.

Betty was born in Doniphan, MO., in February 1930, to Zolla and Edna Pierce.  The family lived on their farm in Middlebrook and Betty began school at Brakebill. Later, due to Zolla’s health concerns, they sold the farm in Middlebrook and moved to a smaller farm outside Doniphan off Hwy 142 E.  Betty and her sister, Ruth, attended Doniphan School, later graduating from Doniphan High School.   Following graduation, she married “Doug” in 1949 and they made their first home in Doniphan on Jackson St., where their son, Steven, was born in 1951.  Later, moving to a small house on Locust St., Doug worked as a bookkeeper for Tanner Garage and Betty worked at the Dairy Queen.  Doug had the opportunity to enroll at Washington University in St. Louis on his WWII G.I. bill, so the family packed up and moved to a small three-room apartment near downtown St. Louis.  Following Doug’s graduation from Washington University, they moved to a small house in the St. Louis suburbs.

Later, Doug accepted the position as Comptroller for a manufacturing plant in North Mississippi.  The Bears packed up a U-Haul trailer and moved to a small Mississippi town, beginning the new adventure of learning how to become a southern family.  Betty made friends easily and took a job at the local radio station, where she became a “jack of all trades” writing script for the disc jockeys and even getting to meet some struggling recording artists as they made visits to have radio stations play their songs.

Doug later accepted a position with a large distribution company in Memphis and they relocated.  After living for a few years in Memphis, Betty and Doug retired and moved back to their hometown of Doniphan, buying a home on 142E.  Betty became involved with many local Doniphan organizations as a volunteer and following the death of Doug, she was given the opportunity to move to Hawaii, to live in an assisted living community near Steven and his family. Betty declined the offer and stated that she never wanted to leave Doniphan again.  It was her home.