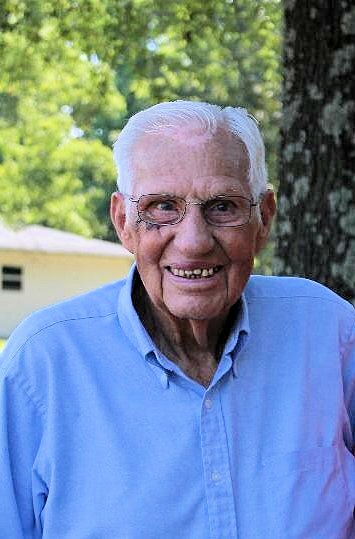 Please share a memory of Junior to include in a keepsake book for family and friends.
View Tribute Book

Ollie Clinton Ozbun, Jr. went home to Jesus on Wednesday, September 21, 2022 at age 85 at the Flo & Phil Jones Hospice House in Jonesboro, Arkansas.  He was surrounded by family as he peacefully passed away after a short hospital stay. We are heartbroken to lose him but know he is in Heaven.

Junior met his wife, Virginia Shrum, in 1950 at Allen Island school in Senath, Missouri. They married September 5, 1958 (recently celebrating their 64th wedding anniversary) and went on to have four children:  Sandra Ozbun; Clint (Lisa) Ozbun of Doniphan, Missouri; Dana (John) Stillwagon of Bolivar; and Leanne (Garry) Brady of Dexter. In 1969, the family moved from Senath to Doniphan.

In addition to being a dedicated and loving father, Junior also loved time with family and watching his children and grandchildren play sports.  He enjoyed fishing, especially the years on Lake Okeechobee, gardening, as well as singing and playing the guitar.  He could ‘fix’ or build nearly anything you could think of and would ‘calculate’ in his head quicker than most with a calculator.  Throughout Junior’s adult life, he held an unwavering faith in God, which he shared with those who surrounded him.

Junior worked at several jobs throughout his life which included:  cutting timber and floating cypress logs in chest high water in Senath, working for a refrigeration company in St. Louis, harvesting wheat for a few years from Texas to Montana, and for over 45 years until he retired, he owned/operated Ozbun’s Garage & Auto Parts in Doniphan.

He is survived by his great-grandchildren: Jackson Durham of Haughton, Louisiana; Delaney Spink of Pocahontas, Arkansas; Isaac Stillwagon of Springfield; Delaney Durham (due in October 2022); Baby Stillwagon (due in March 2023).  He is also survived by many nieces, nephews, cousins and friends.

Services will be held, Saturday, September 24, at First Baptist Church, Doniphan, Missouri by Edwards Funeral Home.  Visitation begins at 10:00 a.m. followed by a Celebration of Life service at 1:00 p.m officiated by Monty Flanigan.  Burial will follow at Doniphan Cemetery.

In lieu of flowers, memorial donations may be made to:

A Memorial Tree was planted for Junior
We are deeply sorry for your loss ~ the staff at Edwards Funeral Home, Inc.
Join in honoring their life - plant a memorial tree
Online Memory & Photo Sharing Event
Online Event
About this Event