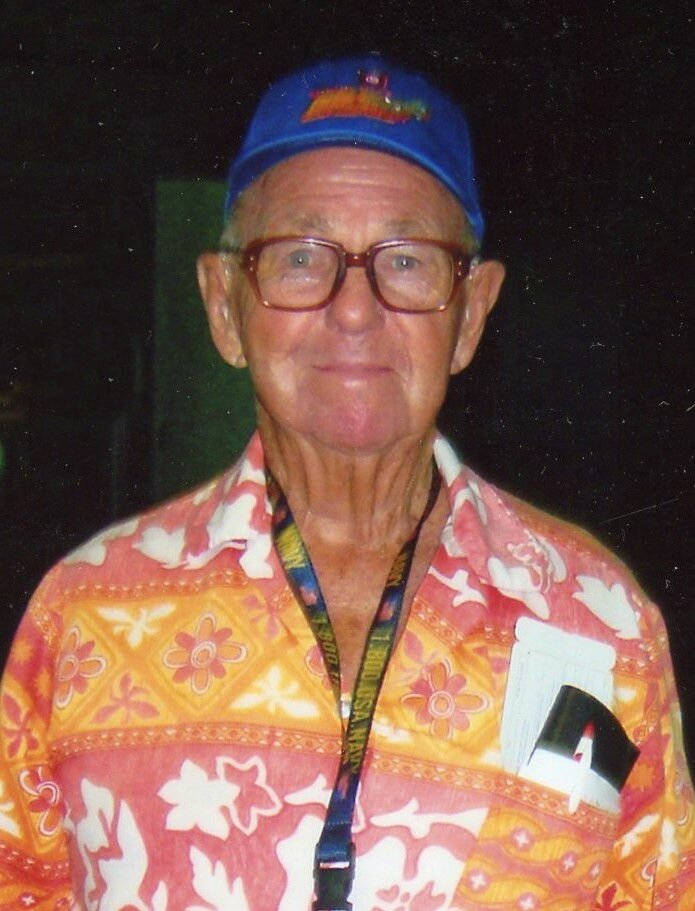 Please share a memory of David to include in a keepsake book for family and friends.
View Tribute Book

David O. Jordan, 97 years old, departed this life Friday, September 16, 2022. He was born on September 10, 1925, in Waterman, IL to Frank E. and Ella Jordan. He spent his childhood in Wisconsin prior to his family moving to Doniphan, MO.

At the onset of World War II, David quit school at the age of 17 in 1944 and joined the Navy. He served on the destroyer, the USS Stephen Potter, in the Pacific. The crew of the USS Stephen Potter covered operations in New Guinea, the Caroline Islands, the Mariana ‘Turkey Shoot’ Iwo Jima, Saigon, Okinawa, and the Leyte Gulf in the Philippine Islands over a two-year period. David received 10 battle stars, a Philippine Liberation Ribbon with two stars, the American Campaign Medal, United Nations Medal, World War II Victory Medal, and the Philippine Independence Medal.

In March of 1946, with World War II over, David was discharged from the Navy. He returned home to Doniphan and finished his education. In 1949 he joined the Army and landed in Korea shortly after the Korean War began. In 1952, he came home with three more battle stars. David continued his career in the Army spending time in Fort McCoy, WI, Fort Bragg, NC, and Fort Carson, CO, where in 1957 he married Pearl M. Snively. They spent two years in Germany and then returned to Fort Knox, KY.

1961 found the family back in Germany for four years with the Fourth Armored Division. In 1965 David was sent straight to Vietnam to fight in his third war. With two more battle stars added to his collection, he retired from his military career on July 1, 1967, with a total of 21 years of active duty. David settled with his family in Doniphan. He was a charter member and life member of the VFW Post #3485, a Life Member of the American Legion, and the Iwo Jima Survivors Association, Texas Chapter. David was active in his community Lions Club and Toys for TOTS. He enjoyed summers on Current River and traveling.

Private family services will be held at a later date.

A Memorial Tree was planted for David
We are deeply sorry for your loss ~ the staff at Edwards Funeral Home, Inc.
Join in honoring their life - plant a memorial tree
Online Memory & Photo Sharing Event
Online Event
About this Event

Share Your Memory of
David
Upload Your Memory View All Memories
Be the first to upload a memory!
Share A Memory
Plant a Tree