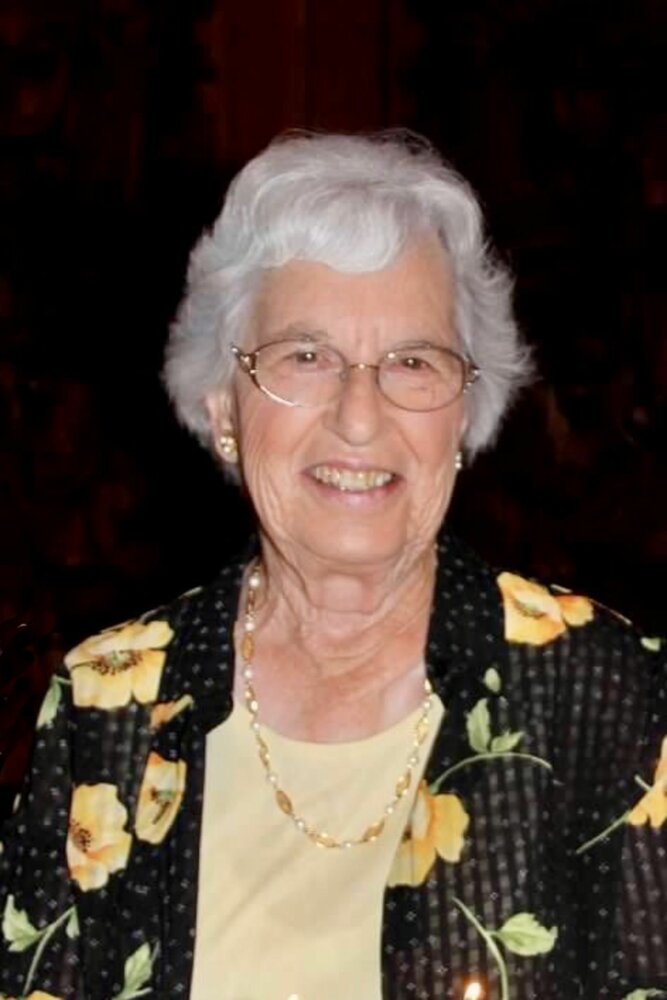 Please share a memory of Veda to include in a keepsake book for family and friends.
View Tribute Book

Veda Mae (McDowell) Murray, daughter of Emil Ennis McDowell and Mary Elizabeth (McKinney) McDowell, was born October 1, 1930, in Grandin, Missouri, and departed this life Sunday July 31, 2022, in Grandin.  She had attained the age of 91 years.  Veda was a member of the Grandin United Methodist Church since she was a teenager.  She was the Treasurer a good part of her life.  On December 25, 1965, she married Elvin Bryan Murray.  They first made their home in San Antonio, Texas where he was stationed in the Army Medical Field.  Veda worked in the Broadway National Bank. In 1967 they moved to Aurora, Colorado where she worked in the Bank of Aurora for 4 ½ years.  Then they made their permanent home in Grandin, Missouri.

Veda worked in the Bank of Grandin from 1950 until she married and also served on the Bank Board for over 45 years. Veda always enjoyed fishing, reading, and working at different jobs on the farm.  She also liked riding the 4-wheelers, making quilts, and eating out.  Survivors are two special niece’s, Kathy S. (Kitterman) Kearbey (Alan) of Ellsinore, MO and Patricia A. (Kitterman) Combs (Kendall), Hollister, MO; one special nephew, James D. Tucker (Julie) of Grandin, MO. The three lived with Elvin and Veda for several years.  Veda played the role of Grandmother to their children as well as to their grandchildren.   Also surviving is one stepdaughter, Edith Marie (Murray) Thomas (Bobby) from Sims, Texas; one sister in-law, Elsa McDowell; and a special niece, Carol McNew, and her son, Chris. Also surviving is a host of other special nieces and nephews.

Visitation will be on Tuesday August 9th, 2022, from 2pm to 3pm at Edwards Funeral Home in Doniphan with the Funeral Services to follow at 3pm at the funeral home. Burial will be at the Macedonia Cemetery.

A Memorial Tree was planted for Veda
We are deeply sorry for your loss ~ the staff at Edwards Funeral Home, Inc.
Join in honoring their life - plant a memorial tree
Print
Online Memory & Photo Sharing Event
Online Event
About this Event