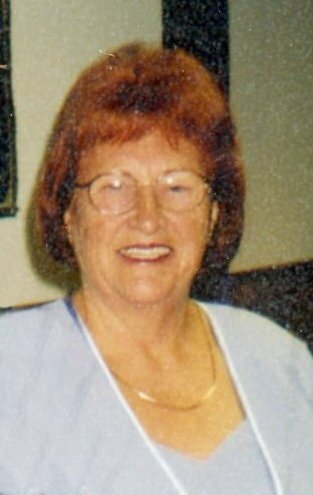 Please share a memory of Louise to include in a keepsake book for family and friends.
View Tribute Book

Louise had worked at Vitronic. She attended Trinity Lutheran Church of Doniphan and was a member of the VFW Post #3485 Ladies Axillary. She was the ultimate homemaker and enjoyed sewing, canning and preserving food, and cooking delicious meals. She made decorative dish towels and washcloths.

On November 17, 1953, Louise married Robert R. Hooker in Germany. He preceded her in death on May 15, 2010. She was also preceded by a sister, Roswitha Moreno; a brother, Gerthardt Reinig; and a daughter-in-law, Brenda Hooker.

Visitation will be Monday, May 23, 2022, in the Edwards Funeral Home Chapel beginning at 11:00 a.m. with the funeral services to follow at 1:00 p.m. Burial will be in the Missouri Veterans Cemetery at Bloomfield.

In lieu of flowers donations may be made in her name to VFW Post #3485 or the Ukrainian War.

A Memorial Tree was planted for Louise
We are deeply sorry for your loss ~ the staff at Edwards Funeral Home, Inc.
Join in honoring their life - plant a memorial tree
Online Memory & Photo Sharing Event
Online Event
About this Event