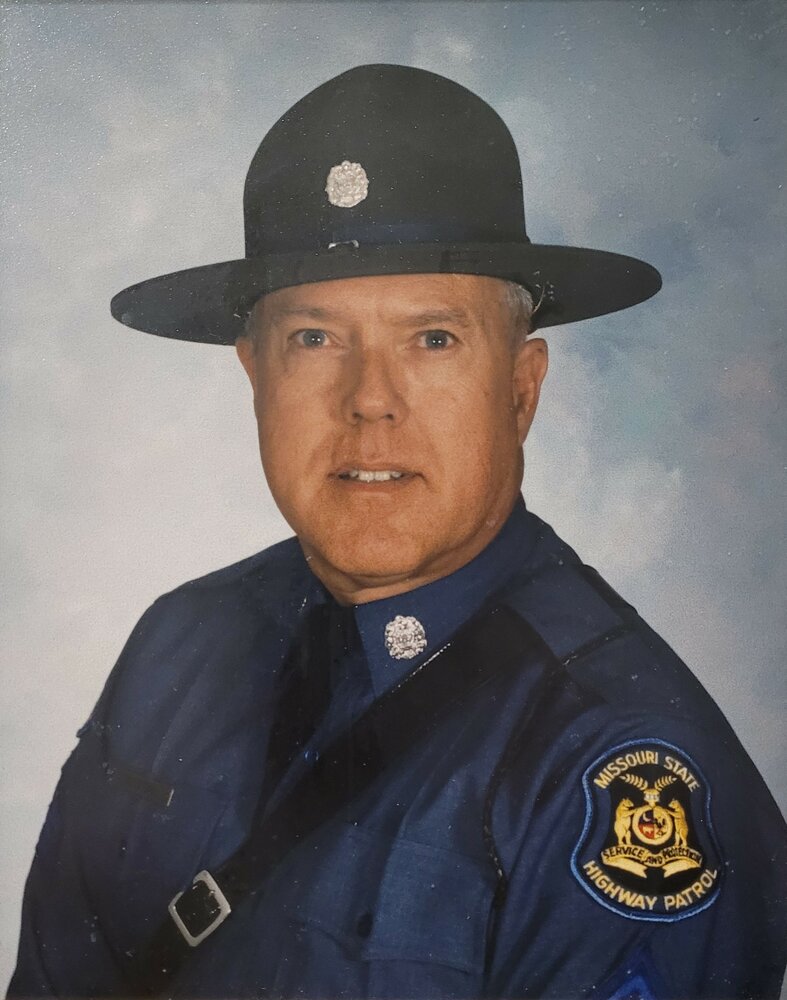 Please share a memory of Jerome to include in a keepsake book for family and friends.
View Tribute Book

Jerome was educated in the Doniphan Public Schools, graduating in 1963. After graduating, he entered the United States Air Force serving honorably during the Vietnam War. Upon discharge, he joined the Missouri State Highway Patrol where he served the citizens of Missouri and the public for 30 years. After retiring, he served as a deputy and court bailiff for the Ripley County Sheriff’s Department. Jerome was a member of the Masters, the Masonic Lodge, and the Elks. He was a member of the First Church of God in Doniphan and Poplar Bluff, MO. Jerome loved the outdoors, Current River, golf, and traveling with family.

Jerome is survived by his wife, two sons, Jiaan (Katelyn) Burford of Lancaster, KY and David Burford of California; daughter, Joy Ann Statler of Poplar Bluff; sisters-in-law, Tonya (Greg) Hill of Poplar Bluff and Sue Burford of Cape Girardeau. He was preceded in death by his parents; a brother, Edwin King Burford, Jr.; and a sister, Ruth Peyton Burford Harris.

A memorial service will be held at a later time. Memorial contributions may be made to the Humane Society of Southeast Missouri, 2536 Boutin Dr., Cape Girardeau, MO  63701. Edwards Funeral Home in Doniphan, MO is in charge of arrangements.

A Memorial Tree was planted for Jerome
We are deeply sorry for your loss ~ the staff at Edwards Funeral Home, Inc.
Join in honoring their life - plant a memorial tree
Print
Online Memory & Photo Sharing Event
Online Event
About this Event