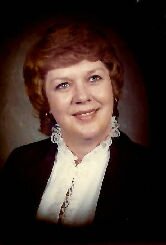 Please share a memory of Ruth to include in a keepsake book for family and friends.
View Tribute Book

Ruth Ione Dalton, 86-year-old former resident of Doniphan, MO departed this life on Saturday, April 9, 2022, in Springfield, Missouri after a lengthy illness. She was born August 27, 1935 in Holcomb, Missouri to the late William and Fannie (Cashdollar) Lawson.

Ruth lived in Doniphan nearly all her life and prided herself on being hardworking and independent. She held several different positions throughout her career, but her favorite was managing the Associated Natural Gas office in Doniphan for many years where she had the opportunity to interact with nearly everyone in town. Ruth was a member of the Business and Professional Women’s Club and a former BPW Woman of the Year. She was also active in St. Benedict’s Catholic Church and served on the Parish Council of Catholic Women for several years. Ruth was an avid bowler and loved Current River, animals of all kinds, garage sales, and going to basketball games with her husband, Joe.

On May 26, 1972, Ruth was married to Joe Dalton in Tiptonville, TN. He preceded her in death in November 2021. They would have celebrated their 50th wedding anniversary in May. She was also preceded in death by her parents; two brothers, Marion and Kenneth Lawson; and in-laws, Earl and Ila Dalton.

Together, Ruth and Joe were the proud parents of their only daughter, Jennifer Dalton of Springfield, Missouri. In addition, they were blessed relatively late in life with triplet grandchildren, Sam, Anna, and Emily Williams, also of Springfield. Nothing made Ruth happier than to earn her title of ‘Nana’, and her grandchildren were the lights of her life.

Visitation for Mrs. Dalton will be from 1 – 2 pm on Thursday, April 14, 2022, with a Rosary service following at 2 pm. Father Daniel Robles will be officiating. Burial will be in the Doniphan Cemetery.

Memorials may be made to the Humane Society of Southwest Missouri (3161 W Norton Road, Springfield, MO 65803) or St. Benedict’s Catholic Church.

A Memorial Tree was planted for Ruth
We are deeply sorry for your loss ~ the staff at Edwards Funeral Home, Inc.
Join in honoring their life - plant a memorial tree
Online Memory & Photo Sharing Event
Online Event
About this Event

Share Your Memory of
Ruth
Upload Your Memory View All Memories
Be the first to upload a memory!
Share A Memory
Plant a Tree