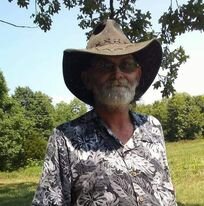 Please share a memory of Donald to include in a keepsake book for family and friends.
View Tribute Book

He was born January 7, 1961 near Thayer, MO to the late Earnestine (Davidson) Walters and Willie I. Walters.

Donald enjoyed working on cars, repairing radios, had enjoyed hunting, and worked in the timber industry.

Donald was preceded in death by his parents; sisters, Carolyn Lea and Judy Merritt; and two brothers, Dennis Walters and Darrell Walters.

Visitation will be held in the Edwards Funeral Home chapel on Monday, February 29, 2022 from noon until 1:30p.m. with graveside services also on Monday February 29 at 2 pm at the Walters Family Cemetery.

A Memorial Tree was planted for Donald
We are deeply sorry for your loss ~ the staff at Edwards Funeral Home, Inc.
Join in honoring their life - plant a memorial tree
Online Memory & Photo Sharing Event
Online Event
About this Event

Share Your Memory of
Donald
Upload Your Memory View All Memories
Be the first to upload a memory!
Share A Memory
Plant a Tree