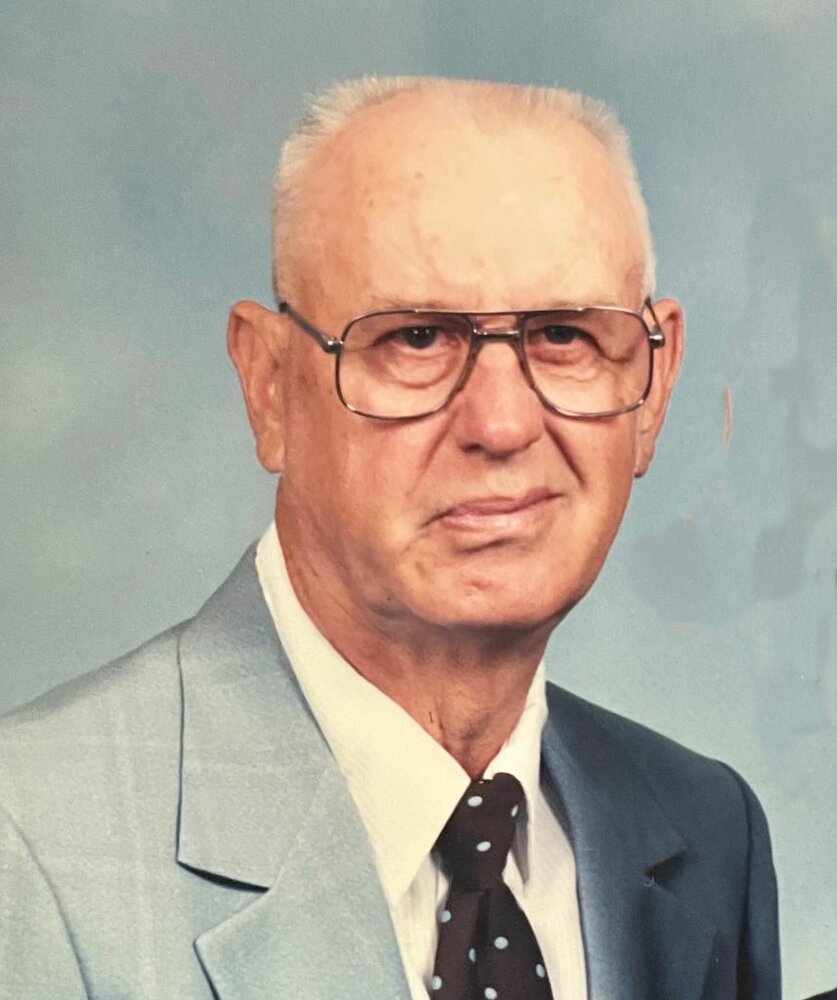 Please share a memory of Elvin to include in a keepsake book for family and friends.
View Tribute Book

On December 25, 1965 he was married to Veda Mae McDowell at the Doniphan United Methodist Church.  He was drafted in the Army Medical Service as a scrub technician in the operating room  and other duties as referred for 20 years.  He serviced in Europe, France, Germany, Asia, Korea, VietNam and other various hospitals in the United States.  He retired from the Fitzsimmons Army Medical Center in Denver, Colorado on the 1st of April, 1972, at which time he made his home in Grandin, MO.  He was a member of the Masonic Lodge 32 degree Scottish Rite.  He joined the Grandin United Methodist Church and has been a very active member since.  He was elected alderman of the City of Grandin and later became Mayor serving 7 terms.  In 1974 he purchased a farm and became a cattle farmer.  He served on the Soil and Water Conservation District for a number of years.  He served on the Carter County Extension and Carter County Library Board for 1 year.  He enjoyed horseback riding, fishing, hunting, coon hunting, and riding the 4 wheeler.  He also enjoyed showing Beagle dogs at field trials.  He especially enjoyed working on the farm and eating out.

Survivors are his wife, Veda;  one daughter, Edith Marie (Murray) Thomas (Bobby) of Sims, TX, from a previous marriage; two very special nieces, Kathy S. (Kitterman) Kearbey (Alan) of Ellsinore, MO; Patricia A. (Kitterman) Combs (Kendall) of Hollister, MO; one special nephew, James D. Tucker (Julie)  of Grandin, MO.  The three lived with Elvin and Veda for several years.  Elvin played the role of Grandfather to their children as well as to their Grandchildren.  He is also survived by two brothers, Cecil L. Murray and Robert C.H. Murray and one sister Lorene Rodgers and special niece Carol McNew and her son Chris.  Also, a host of nieces and nephews.

He was preceded in death by his parents and two sisters Bertha Lee Murray Kitterman and Alice Carson, and one brother Edward Murray.

Services for Mr. Murray will be held Sunday, February 27, 2022 at 2 PM in the Edwards Funeral Home Chapel.  Visitation will begin at 1PM.  Burial with full military honors will be in the Macedonia Cemetery.

A Memorial Tree was planted for Elvin
We are deeply sorry for your loss ~ the staff at Edwards Funeral Home, Inc.
Join in honoring their life - plant a memorial tree
Print
Online Memory & Photo Sharing Event
Online Event
About this Event