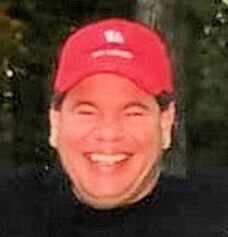 Please share a memory of Lloyd to include in a keepsake book for family and friends.
View Tribute Book

Lloyd had the opportunity to see many places and experience many adventures during his 55 years of life.  He joined the U.S. Navy immediately after high school.  While serving his country, he earned Sea Service Deployment Ribbon (2), Navy Unit Commendation, Armed Forces Expeditionary Medal, and Coast Guard MUC with operational device. After his years of service, he became an electrician.  Lloyd enjoyed fishing, watching KC Chiefs football and family gatherings.

Lloyd never missed the opportunity to let his family know how much he loved them.

Private family services will be held at a later date.  The family does request any memorials be made to the Wounded Warriors Foundation in his name.

A Memorial Tree was planted for Lloyd
We are deeply sorry for your loss ~ the staff at Edwards Funeral Home, Inc.
Join in honoring their life - plant a memorial tree
Print
Online Memory & Photo Sharing Event
Online Event
About this Event