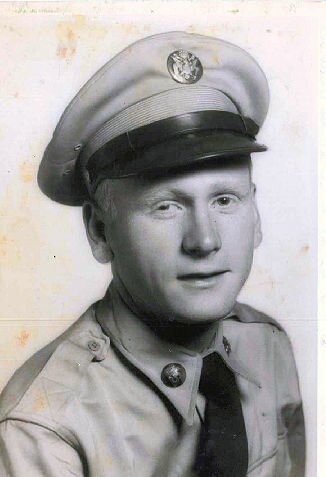 Obituary of James A. Allen

Please share a memory of James to include in a keepsake book for family and friends.
View Tribute Book

James served in the United States Army during the Korean War. He was a member of Oak Grove Church of God. James had worked in the timber. He liked to relax with a game of checkers or playing his guitar.

On September 30, 1950, James married Bonnie Steele. She preceded him in death on July 2, 2021. Also preceding him in death were his sisters, Anna Adams, Bertha Friar, and Etta Rainbolt, and his brothers, Charles, Lawrence, and William Allen.

Visitation will be in the Edwards Funeral Home Chapel on Friday, February 11, 2022 beginning at 10:00 a.m. with the funeral service to follow at noon with full military honors. Brother Danny Miller will be officiating. Burial will be in Oak Grove Cemetery.

A Memorial Tree was planted for James
We are deeply sorry for your loss ~ the staff at Edwards Funeral Home, Inc.
Join in honoring their life - plant a memorial tree
Print
Online Memory & Photo Sharing Event
Online Event
About this Event