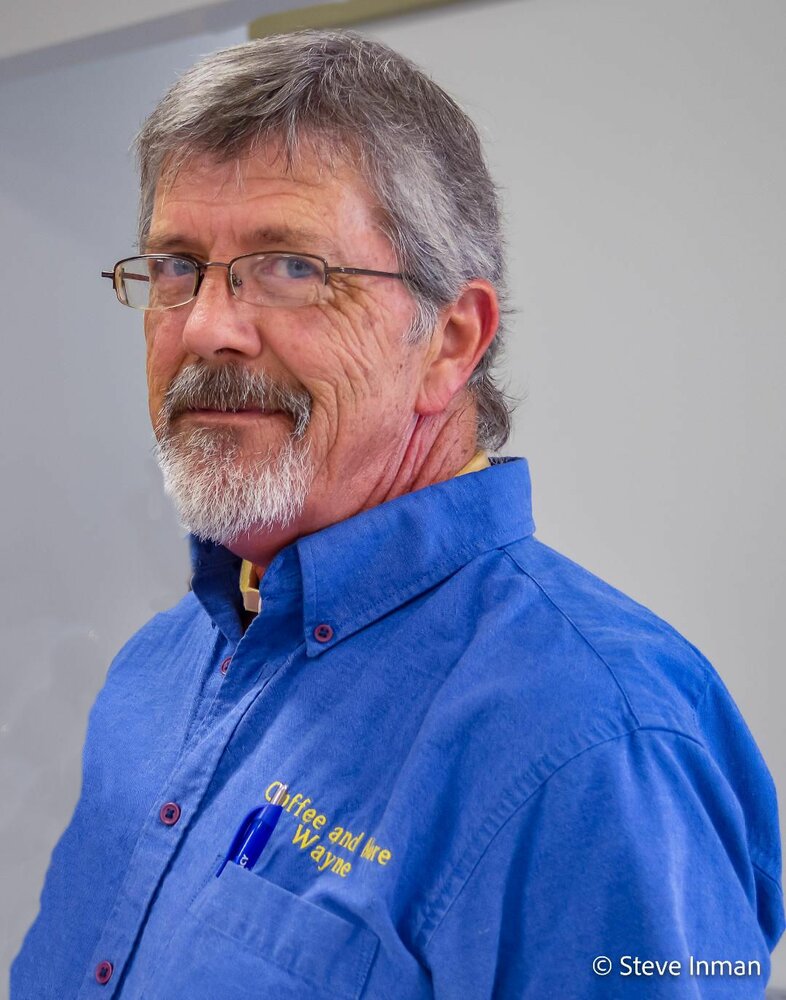 Please share a memory of Wayne to include in a keepsake book for family and friends.
View Tribute Book

“A great man is one who leaves others at a loss after he is gone.”

Wayne, son of Bevion Brooks and Janette (Ferrell) Saneford, was born June 13, 1953, in Dyersburg, Tennessee.  He had worked at and managed body shops in Tennessee for many years and later became employed by State Farm Insurance as an automobile claims adjustor, engaged in that position for 21 years.  Wayne sought early retirement to re-locate in Doniphan, Missouri, and in 2008 he and his wife, Deb, purchased the historic 1905 state bank building in downtown Doniphan, converting it into a restaurant they fittingly named “Coffee & More”.   It was a delicious place to eat breakfast, lunch and congregate with friends for morning coffee or afternoon iced tea.  Wayne was the “head” cashier and always greeted each customer with a warm and welcoming smile.  He and Deb consistently made each patron feel as if they were extended family, and it was at this establishment that the Doniphan community came to know and love Wayne and Deb.

In October, 2011, Coffee and More was nominated and selected by the Rural Missouri Magazine as the monthly “Out of the Way Treats”. The primary adjectives stated by the editor for the selection included delicious country cooking (with Granny’s yeast rolls), and the warm hospitality by owners and staff.

Wayne loved Jesus more than anything, and it was evidenced in his actions and manner of speaking.  He and Deb especially enjoyed working with the youth of their church.   They loved these young men and women as if they were their own.  Wayne also enjoyed grilling barbecue, gardening, and home improvement projects.  He was a “Mr. Fix-It” for many things from mending broken hearts to children’s toys.  Wayne was a Mason for a period of time in Tennessee, a member of Doniphan Kiwanis Club, the Doniphan Chamber of Commerce, and West Point United Pentecostal Church.

On December 28, 1991, he was married to Debra Turner in Shelby County, Tennessee, and she survives.

He was preceded in death by his parents, 2 nephews, Israel O’Bryan and Jason Saneford, and his father-in-law, Bob Turner.

Visitation will begin Saturday, February 12, 2022, at noon at the West Point Pentecostal Church.  A Celebration of Life will follow at 2:00 p.m. with Brother Chuck Carr officiating.  Burial will take place at Towles Cemetery.

Memorials may be made to West Point Pentecostal Church Building Fund online at:         www.westpointupc.com

A Memorial Tree was planted for Wayne
We are deeply sorry for your loss ~ the staff at Edwards Funeral Home, Inc.
Join in honoring their life - plant a memorial tree
Print
Online Memory & Photo Sharing Event
Online Event
About this Event