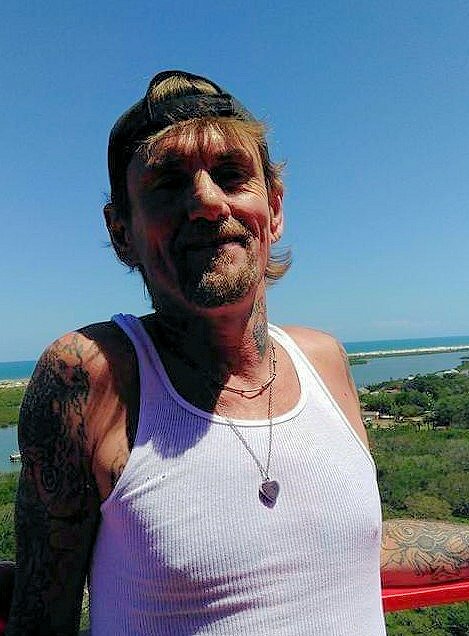 Please share a memory of Danny to include in a keepsake book for family and friends.
View Tribute Book
Danny Ray Morey, 56-year-old resident of Poplar Bluff, MO, departed this life Wednesday, December 15, 2021 at Poplar Bluff Regional Medical Center in Poplar Bluff, MO. He was born November 1, 1965 in Poplar Bluff to the late Lawrence Eugene “Gene” and Marie (Carter) Morey. Danny had a tire shop and was a tire salesman. He had a passion for hussling and wheelin’ and dealin’. Danny loved his bulldogs and his family, especially his grandbabies. On September 10, 1987, Danny married Tammy Cecil in Poplar Bluff. She preceded him in death on April 12, 2016. Along with his parents and wife, Danny was also preceded in death by a brother, Curtis Morey. Surviving are his children, Ashley (William) McCraig, Justin (Brandi) Morey, and Jennifer (Mitchell) Condley, all of Poplar Bluff, and Michael Morey of Russellville, AR; sisters, Debbie Holden of Scott City, MO and Julie Morey of Poplar Bluff; one brother, David Morey; and seven grandchildren, Paige, Cameron, Christian, Preston, Mayson, Malachi, and Ashlynn. Visitation will be held in the Edwards Funeral Home Chapel on Friday, December 17, 2021 beginning at noon with the funeral service to follow at 2:00 p.m. Burial will be in the Oak Grove Cemetery.

A Memorial Tree was planted for Danny
We are deeply sorry for your loss ~ the staff at Edwards Funeral Home, Inc.
Join in honoring their life - plant a memorial tree
Online Memory & Photo Sharing Event
Online Event
About this Event