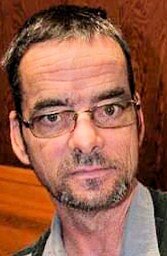 Please share a memory of Herbert to include in a keepsake book for family and friends.
View Tribute Book
Herbert Todd Pundsack, 55, of Doniphan, MO, passed away on November 11, 2021 at Poplar Bluff Regional Medical Center in Poplar Bluff, MO. Herbert was born to the late Herbert & Dema (Downing) Pundsack on October 21, 1966 in Hurley, Michigan. He worked in maintenance for Missouri Forge for more than twenty years. He enjoyed working on vehicles, watching Cardinal baseball, and spending time with family and friends. Herbert is survived by his two children, Nikki (Steven) Raper of Doniphan and Chris (Emmy) Pundsack of Oklahoma City, OK; one foster son, Brandon Webb of Oklahoma; two grandchildren, Zayden and Mikiyah; three brothers, Dan Vesnefsky (Mary) of Knoxville, TN, Tim (Joanna) Pundsack of Doniphan, Chad (Brooke) Pundsack of Poplar Bluff; three sisters Bonnie (Jeff) Criley, of Marine, IL, Lisa (Bob) Atwood of Bertrand, MO, and Julie Johnson of Poplar Bluff; and his former wife, Renee Pundsack of Doniphan. Visitation will be at Edwards Funeral Home on Wednesday November 17, 2021 from 11am till 1 pm. Graveside service will follow at Towles Cemetery.

A Memorial Tree was planted for Herbert
We are deeply sorry for your loss ~ the staff at Edwards Funeral Home, Inc.
Join in honoring their life - plant a memorial tree

Share Your Memory of
Herbert
Upload Your Memory View All Memories
Be the first to upload a memory!
Share A Memory
Plant a Tree