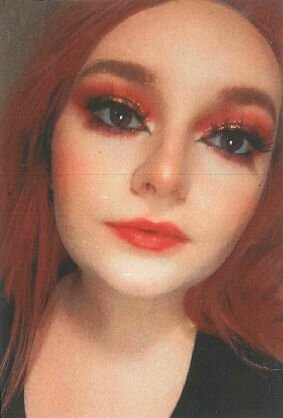 Please share a memory of Sammie Jo to include in a keepsake book for family and friends.
View Tribute Book
Samantha “Sammie Jo” Runyon, 21-year-old resident of Doniphan, MO, departed this life Tuesday, September 21, 2021 at St. Louis University Hospital in St. Louis, MO. She was born June 20, 2000 in Knoxville, TN to Sabrina Hedrick and Ricky Runyon, Sr. Sammie Jo cherished time with her family and enjoyed riding around with her friends. She loved to go “therapy shopping” and doing makeup. She believed in the supernatural and was interested in spooky things, such as visiting cemeteries. In addition to her parents, Sammie Jo is survived by her sisters, Tiffiany Watts of Paragould, AR and Leah Runyon of Festus, MO; her brothers, Ricky Runyon, Jr. of Doniphan and Dustin Hedrick of Bay, AR; one aunt, Stacy Hedrick; and uncles, Robert Runyon, Jr., Shawn Runyon, and Charles Runyon. Not having any children of her own, Sammie Jo loved her nieces and nephews as though they were her own. They are Makenzie Ogden, Maicee Watts, Hayden Ogden, and Ricky Runyon, III. She also leaves behind dear cousins, Brandon Hedrick, Christy Crumley, and Braxtyn Lee Hedrick. She was preceded in death by her Grandfather, Robert Hedrick. Funeral Services for Samantha will be held Tuesday, September 28, 2021 at 1 PM in the Edwards Funeral Home Chapel.

A Memorial Tree was planted for Sammie Jo
We are deeply sorry for your loss ~ the staff at Edwards Funeral Home, Inc.
Join in honoring their life - plant a memorial tree
Print
Share A Memory
Plant a Tree