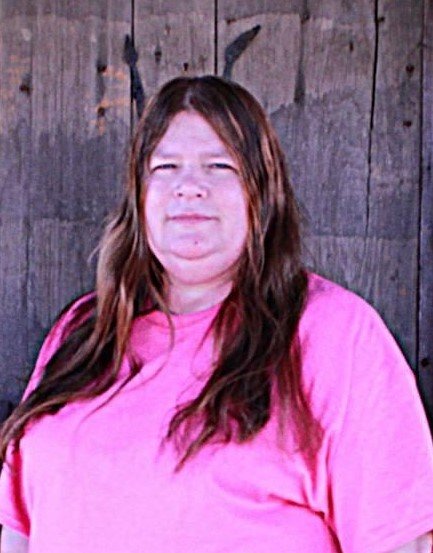 Debbie Marie Bennett, 63-year-old resident of Doniphan, MO, departed this life Thursday, July 22, 2021. She was born December 2, 1957 in St. Louis, MO to the late Robert and Georgia (Bedwell) Ray. Debbie enjoyed playing Bingo and going to casinos. She loved her family and spending time with them, especially her grandchildren. Debbie attended West Point United Pentecostal Church. On September 13, 1974, Debbie married Terry Lee Bennett in St. Louis. He preceded her in death on December 6, 2014. In addition to her parents and husband, Debbie was also preceded in death by two sisters, Sharon Downs and Lisa Payne; and three brothers, Ronald, Robert, and Rodney Ray. Surviving are her children, Christina Bennett of Poplar Bluff, MO, Tonya Emerson of Doniphan, Terrie Carter of Neelyville, MO, Angela Richmond of Poplar Bluff, MO, Timmy Bennett of Doniphan, and Ricky Bennett, also of Doniphan; her sisters, Carolyn Edgar, Sandra Miller, Judith Beaty, Sherry Ray, Patricia Richardson, Susan Ficken, and Karla Ray; and her brothers, Michael Ray, Douglas Ray, and Dennis Ray. She is also survived by 26 grandchildren and three great-grandchildren. Visitation will be at Edwards Funeral Home on Saturday, July 31, 2021 from 10:00 a.m. to noon with the funeral service to follow at noon. A graveside service will be at 2:00 p.m. at Rowland Wood Cemetery in Patterson, MO.

A Memorial Tree was planted for Debbie
We are deeply sorry for your loss ~ the staff at Edwards Funeral Home, Inc.
Join in honoring their life - plant a memorial tree
Print
Share A Memory
Plant a Tree