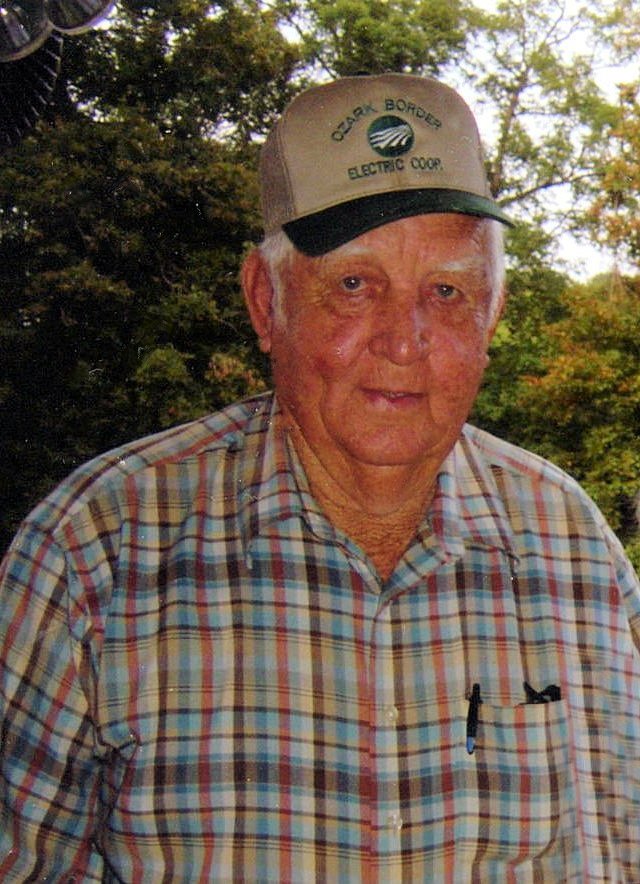 Harold M. Headley, 91, departed this life Sunday, July 18, 2021 at the home of his niece, Jeannie and Gary Selby. He was born February 20, 1930 in Ripley County, MO to the late Sam and Nora (Spencer) Headley. Harold was known in Ripley County as a self-employed sawmill operator and later for his service to county residents as a law enforcement officer. He continued to serve papers even after his retirement. He was a member of Masonic Lodge #369, the Lion’s Club, and the First Presbyterian Church in Doniphan. Harold served in the United States Army. Harold enjoyed being outdoors, fishing, hunting, and gardening. He and his brother, Bill, made annual trips to Kentucky to go deer hunting with his nephew, Michael O’Dell. This was a big hunting adventure. He was an avid golfer and known as a storyteller. He could tell a story that a person knew was not true, but by the time he told it, you believed him. On May 26, 1951, Harold married Kathryn Lee O’Dell. She preceded him in death on July 4, 2018. He was also preceded in death by one sister and three brothers. Surviving is his sister, Louise Mayes of Bowling Green, KY; brother, Sam Headley of San Francisco, CA; and several nieces, nephews, and great nieces and nephews. Visitation will be at Edwards Funeral Home on Sunday, July 25, 2021 beginning at noon with the funeral service to follow at 2:00 p.m. Dr. Bruce Johnston will be officiating. Serving as pallbearers are Gary Selby, Michael O’Dell, Keith Headley, Danny Pigg, Gary Wright, Brian Wright, Jason Johnson, and Jeff Johnson. Burial will be in the Bardley Cemetery.

A Memorial Tree was planted for Harold
We are deeply sorry for your loss ~ the staff at Edwards Funeral Home, Inc.
Join in honoring their life - plant a memorial tree
Print
Share A Memory
Plant a Tree