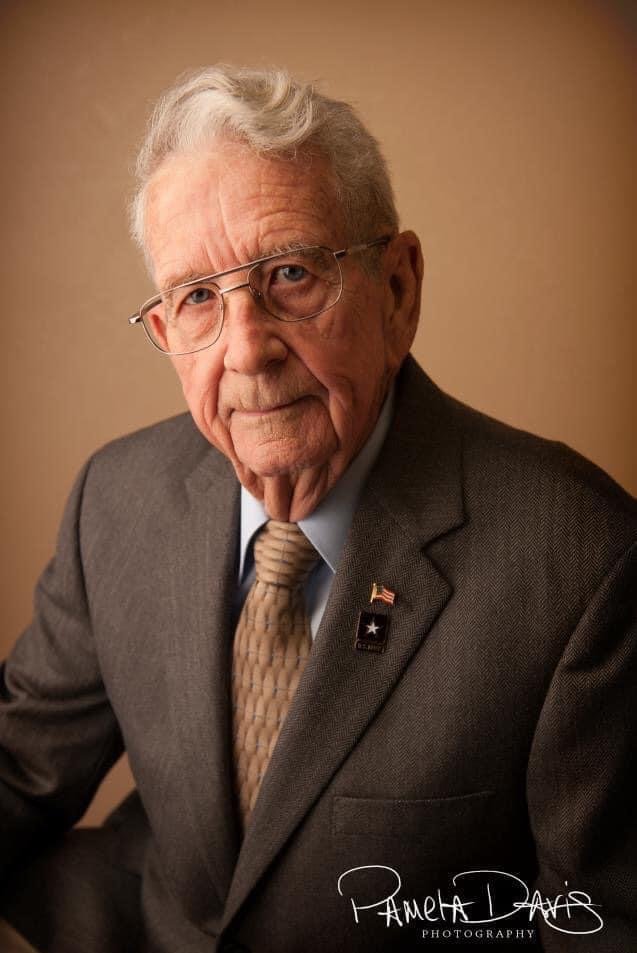 Paul Ripley, 89-year-old resident of Doniphan, MO, departed this life Wednesday, September 2, 2020 at Poplar Bluff Regional Medical Center in Poplar Bluff, MO. He was born May 15, 1931 in McCrory, AR to the late Jess Ford Ripley (1888-1948) and Mary Esther (Thompson) Ripley (1899-1979). On July 8, 1956, Paul was married to Joe Anne (Phillips) Ripley at the Doniphan United Methodist Church. They were married for 53 years. She preceded him in death on June 16, 2010. Mr. Ripley graduated from Arkansas State University in 1953 with a degree in Music Education. He was immediately employed by the Doniphan R-I School District as Instructor of Instrumental Music, a position he held for fifteen years. He received his master’s degree from the University of Missouri in 1960 and became the Administrative Assistant of the school district from 1968 until his retirement in1982. During his tenure in administration, Mr. Ripley was instrumental in securing federal, state, and local funding for The William Wright Gymnasium, The Vincent Wright Library, The Quick Creek Park, and the Current River Area Vocational School. He was a long-time member of the Missouri State Teachers Association. Upon his retirement from education, Paul was joined by his wife, Joe Anne, in establishing a very successful photographic studio in Doniphan. During the ensuing years, he was an active member in state and national photographic organizations. He was awarded his Photographic Fellowship degree by (CPP) by The Professional Photographers of America. He held many competition print awards for photographic excellence. From 1950 through 1982 Mr. Ripley served in the Missouri National Guard and the United States Army Reserve. He served three years as Commanding Officer of the Doniphan/West Plains Mechanized Infantry Company. Ripley retired as a Lieutenant Colonel of Infantry in 1982. Paul was a past president of the local Kiwanis Club and past District Lt. Governor. He was a lifelong member of The United Methodist Church. At various times he had served as Secretary of the Municipal Airport Board, the County Chamber of Commerce, and the County Industrial Development Board. Mr. Ripley joined the Missouri Retired Teachers Association when the local unit was formed in 1995. He served three years as Vice President and two years as President of the local unit. He also served as legislative chair and had published six issues of the local unit’s yearbook. In retirement, most of his free time was spent playing billiards, writing a military fiction novel, trout fishing, and mentoring young people in the art of Professional Photography. Mr. Ripley founded a Doniphan Music Awards endowment and a scholarship endowment for Ripley County graduates. Paul will always be remembered for his dedication to his students during his long tenure as band director for Doniphan High School. Hundreds of students benefitted from his teaching of the love and appreciation of music. In his retirement, he turned his work to philanthropy, establishing scholarships for excellence in music and academic achievement at DHS and Three Rivers College. His generosity and dedication to his community will be recognized for generations to come as a result of his careful planning. Funeral services for Mr. Ripley will be Saturday, September 5, 2020 at 11:00 a.m.in the Edwards Funeral Home Chapel with a graveside service following at the Doniphan City Cemetery. Brother Kent Wilfong will be officiating.
Plant a Tree
Print
Share A Memory
Plant a Tree