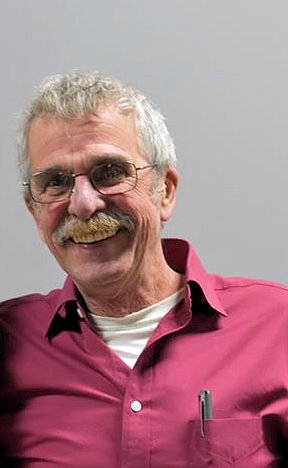 Mark Conway Baldwin was born June 23, 1957 in Horton, Kansas to the late Joe C. and Clem (Fritchman) Baldwin and departed this life Monday, June 22, 2020. He was 62. Mark married Mary P. Stailey of Little Rock, Arkansas on December 11, 1999. She survives. He also leaves behind one daughter, Autumn Burfict of Kansas; one son, Josh Baldwin-Latta of Colorado; and two stepdaughters, Marlene Rankin of Oregon and Michele Oostendorp of Oklahoma; as well as nine grandchildren and soon to be 6 great-grandchildren. Mark’s Missouri family consisted of his brother-in-law, Jack, and sister-in-law, Carol Wilhelmy of Doniphan, their children, and grandchildren. Mark and Mary moved to Doniphan six years ago. He worked at NAPA and had made many friends. He enjoyed his time playing golf with Mary, seeing who could beat who at the game. He had a wonderful sense of humor and was known to be a man of integrity. Mark and Mary had served at the Bread Shed at First Baptist Church of Doniphan and had many friends at His Place Fellowship. On Good Friday, April 2020, Mark professed his belief in Jesus Christ and is now enjoying his eternal home. Mark will be cremated, and his ashes will be spread at Grand Lake, Oklahoma where his father’s ashes were spread before him.
Plant a Tree
Print
Share A Memory
Plant a Tree