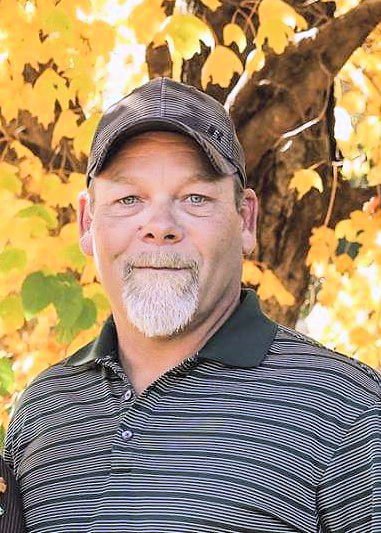 On August 2, 2003, Denny and Cathe (Ficke) got married, a true love fueled by a strong friendship.

A sister, Denise (Chad) Matthews and her children survive:  Cody (Brittnay) Walters, Daniel (Brianna) Matthews, Wyatt (Kaitlin) Matthews.  Other nieces and nephews:  Shaylee (Brandon) Patterson.  Ethan and Kirstynn Fann.   Special friends and other family, known as “Uncle Denny” to so many.  Also surviving are his own uncles, aunts, great-nieces and nephews, and tons of cousins.  He came from a big family and made friends easy.

Denny grew up working hard at a young age but that’s where he learned the value of family and earning an honest day’s dollar.  His education came mostly in the form of experience.  He always had a job from working in the woods with his Dad or at a sawmill and was quite the timber cutter, that’s why he went by “The Lumberjack”.  He was also a farmhand and a mechanic.  He worked on vehicles at different garages and out of his own shop.  Denny was such a fair, experienced mechanic that people trusted his work and sought out his mechanical advice.  He knew a little bit about everything and could fix anything.

When he wasn’t working, you can bet whatever he was doing was with his friends and family.  That man was good at everything including kneeboarding, golf, pitching horseshoes, bowling, playing pool, fishing, and rabbit & turkey hunting. He had big plants for his rabbit dogs. Hunting, especially Deer Season was a prime time.  He was known to quit jobs if it was going to interfere with not getting to camp for Deer Season.  Other than his family he loved drag racing the most!  Denny loved racing his 1979 Ford Pickup turned drag truck.  He also was proud of his dad’s ’65 Ford Mustang.  Big, smoky burnouts was a favorite!

A legacy that touched so many lives.  The greatest guy ever unless you crossed him or his family.  Truly a provider and a protector.  He was a wise, strong man that loved his family.  Denny Walters, a respected man that will live in our hearts forever.

Share Your Memory of
Denny
Upload Your Memory View All Memories
Be the first to upload a memory!
Share A Memory
Plant a Tree