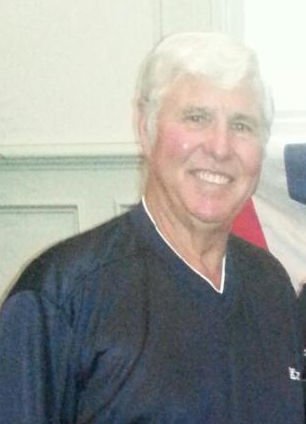 Paul was a farmer. He was community oriented, being involved in several car clubs and the Drainage District for Butler County. Mr. Varner also enjoyed raising beagles and being a part of his beagle club. He was a member of Current River Baptist Church and served in the United States Army in Korea.

On May 17, 2013 Paul married Theresa Cross at Wappapello Lake. She survives.

Also surviving are his children, Regina (Steve) Varner-Stahl of Kokomo, IN, Ramona (Misty) Varner of Cedar Grove, TN, Renee (Brad) Varner-Deken of Jackson, MO, and stepson, Michael Daniels of Doniphan; his sisters, Diane (Gary) Rogers of Paragould, AR and Jackie (Steve) Hardin of Rogers, AR; his brother, Donnie (Kay) Varner of Rector, AR; his grandchildren, Sabrina (Evan), Amanda, Aaron, and Audrey; and his great-grandchildren, Clifford, Annalynn, and Ava. He also leaves behind many nieces and nephews.

Visitation for Mr. Varner will be at 10:30 a.m. Thursday, September 12, 2019 in the Edwards Funeral Home Chapel with the funeral to follow at 12:30 p.m. Brother Delbert McLaughlin will be officiating. Burial will be in the Missouri Veterans Cemetery at Bloomfield at 3:00 p.m.

In lieu of flowers, memorials may be made to St. Judes Children’s Hospital.