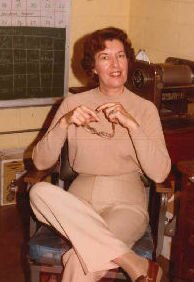 Please share a memory of Lenore to include in a keepsake book for family and friends.
View Tribute Book

Lenore (Kernodle, Kane) Cox of Doniphan, Missouri passed away February 10, 2022 at Current River Nursing Center.  She was the daughter, born in Ponder, Missouri, of Corby and Laura Kernodle.  She has spent most of her life in Ripley County, except five years living in Kalamazoo, Michigan where she attended Western Michigan University.  She later attended and graduated from Arkansas State University at Jonesboro, Arkansas.  She graduated with a Bachelor of Science degree in Education.

In 1953, she married Paul Kane.  She later married Carmen Cox.  He has preceded her in death.

She is survived by one daughter, Paula Kane Capps and her partner, Bill Chapin, of Lakeport, California; one son, Tony Kane and wife, Mary, of Gatewood, Missouri; one grandson, Adam Kane, and wife, Terri of Searcy, Arkansas; one great-grandson, Xander Kane, and one step great-grandson, Dylan Dampier.

Surviving siblings include Versie Clements of Doniphan, Missouri and Cleadus Kernodle of Bardley-Pine, Missouri.  A brother, Dronald Kernodle, preceded her in death.

Visitation will be in the Edwards Funeral Home Chapel from 12 to 2 pm on February 15th, 2022, Tuesday, with burial service performed by Rev. Glenn Epps immediately following at Doniphan Oak Ridge Cemetery.

A Memorial Tree was planted for Lenore
We are deeply sorry for your loss ~ the staff at Edwards Funeral Home, Inc.
Join in honoring their life - plant a memorial tree
Print
Online Memory & Photo Sharing Event
Online Event
About this Event