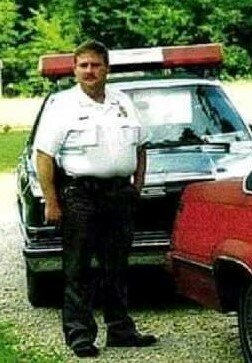 Please share a memory of Jerry to include in a keepsake book for family and friends.
View Tribute Book
Jerry Lee Hoefer, 59-year-old resident of Doniphan, MO, departed this life Friday, December 31, 2021 at Poplar Bluff Regional Medical Center in Poplar Bluff, MO. He was born December 10, 1962 in St. Louis, MO to Connie Ruth Ann (Rulo) Hoefer of Houston, TX and the late Henry Eugene Hoefer. Jerry had served as a police officer for 15 years in Elvins, MO and Park Hills, MO and had also been an over-the-road truck driver. He enjoyed fishing and hunting and loved the time spent with his family, especially his grandchildren. On January 8, 1983, Jerry married Sandra Orr. She survives. Also surviving are his sons, Cecil Edward (Teresa) Crawford of Doniphan, Jerry Lee (Therese) Hoefer, II of Florissant, MO, and Burnes Christopher Eugene Hoefer of Doniphan; two brothers, Henry (Patty) Hoefer of Ava, MO and Robert (Cherly) Hoefer of Leadington, MO; and 15 grandchildren. In addition to his dad, Jerry was preceded in death by a brother, Joseph Hoefer. Visitation will be in the Edwards Funeral Home Chapel on Thursday, January 6, 2022 beginning at noon with the funeral service to follow at 2:00 p.m. Burial will be in the Doniphan City Cemetery.

A Memorial Tree was planted for Jerry
We are deeply sorry for your loss ~ the staff at Edwards Funeral Home, Inc.
Join in honoring their life - plant a memorial tree
Print
Online Memory & Photo Sharing Event
Online Event
About this Event