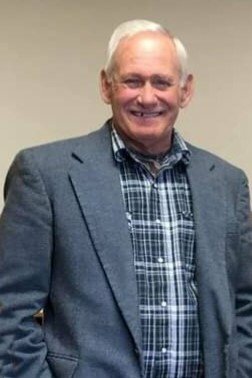 Please share a memory of Bryan to include in a keepsake book for family and friends.
View Tribute Book
Bryan Zachary Leroux, 68-year-old resident of Doniphan, MO, departed this life Monday, December 27, 2021 at Poplar Bluff Regional Medical Center in Poplar Bluff, MO. He was born February 11, 1953 to Russell Samuel and Jessie Naomi (Shands) Leroux. Bryan loved the outdoors. He was an avid turkey hunter and enjoyed being on the river. Bryan worked cattle and was a carpenter. He attended Faith Life Christian Church and was in the National Guard. On February 14, 2000, Bryan married Shelly Bill in Poplar Bluff, MO. She survives. Also surviving are his sons, Bryan U. (Sam) Leroux and Timmy Leroux, both of Doniphan; his stepchildren, Robbie (Stacey) Paul of Hendersonville, TN, Derek Elston of Farmington, IL, Ashley Elston of Doniphan, and Danielle Elston, also of Doniphan; his sister, Kathy (Alan) Wilson of Doniphan; his brothers, Dave (Pat) Leroux of Doniphan, Danny Leroux of Doniphan, John Leroux of Doniphan, and Keith (Carolyn) Leroux of Gatewood; grandchildren, Hunter, Tristan, Jackson, Carson, Alexis, Austin, Paige, Dylan, Logan, Talen, Emmerson, Heidi, Kaylee, Adina, Emilee, Jesse, Emberlyn, Braelynn, Abel, Jacob, Joshua, and Jayce; and two great-grandchildren, Rylan and Maverick. Bryan was preceded in death by a sister, Gwendolyn Leroux; brothers, Eric, Jimmy, and Russell Leroux; and a granddaughter, Rebecca Dugger. Visitation will be in the Edwards Funeral Home Chapel on Friday, December 31, 2021 from 9:00 a.m. to 11:00 a.m. with the funeral to follow at 11:00 with Pastor Alan Wilson officiating. Burial will be in the Leroux Family Cemetery.

A Memorial Tree was planted for Bryan
We are deeply sorry for your loss ~ the staff at Edwards Funeral Home, Inc.
Join in honoring their life - plant a memorial tree
Online Memory & Photo Sharing Event
Online Event
About this Event

Share Your Memory of
Bryan
Upload Your Memory View All Memories
Be the first to upload a memory!
Share A Memory
Plant a Tree