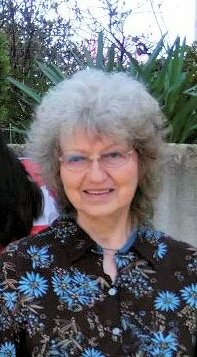 Please share a memory of Freda to include in a keepsake book for family and friends.
View Tribute Book
Freda Mae Gentry Emmons, 82-year-old resident of Doniphan, MO, passed from this life to the arms of Jesus on Monday, November 22, 2021 at Current River Nursing Center with her family by her side. Freda was born December 13, 1938 in Ripley County Missouri to the late Jerry and Lucille (Clark) Hixson. Freda loved her Lord and was an active member of New Hope Baptist Church for many years. After moving to Doniphan, she attended Emmanuel Baptist and First Church of God until her health failed. After her retirement from Vitronic. She was an avid reader and enjoyed the area libraries. On November 25, 1954, Freda married Dale Gentry, and they were together until his passing on September 1, 2002. Survivors include one son, Jeff Gentry of Briar; one daughter, Rhonda (John) Gambill of Doniphan; a sister, Imetta (Jeff) Farrar of Doniphan; six grandchildren, Travis Gambill, Heather Gentry, Justin Gentry, Kristen Branum, Melissa Richmond, and Adam Gambill; and eight great-grandchildren. One nephew, Nathan McGonigal also survives. Freda was preceded in death by one brother, James Hixson. By her request, there will be no visitation. A graveside service will be held at the New Hope Cemetery on Wednesday, November 24, 2021 at 2:00 p.m. In lieu of flowers, donations may be made in her name to the Alzheimer’s Association, 9370 Olive Blvd., St. Louis, MO 63132-3214 or online at act.all.org.

A Memorial Tree was planted for Freda
We are deeply sorry for your loss ~ the staff at Edwards Funeral Home, Inc.
Join in honoring their life - plant a memorial tree
Online Memory & Photo Sharing Event
Online Event
About this Event

Share Your Memory of
Freda
Upload Your Memory View All Memories
Be the first to upload a memory!
Share A Memory
Plant a Tree