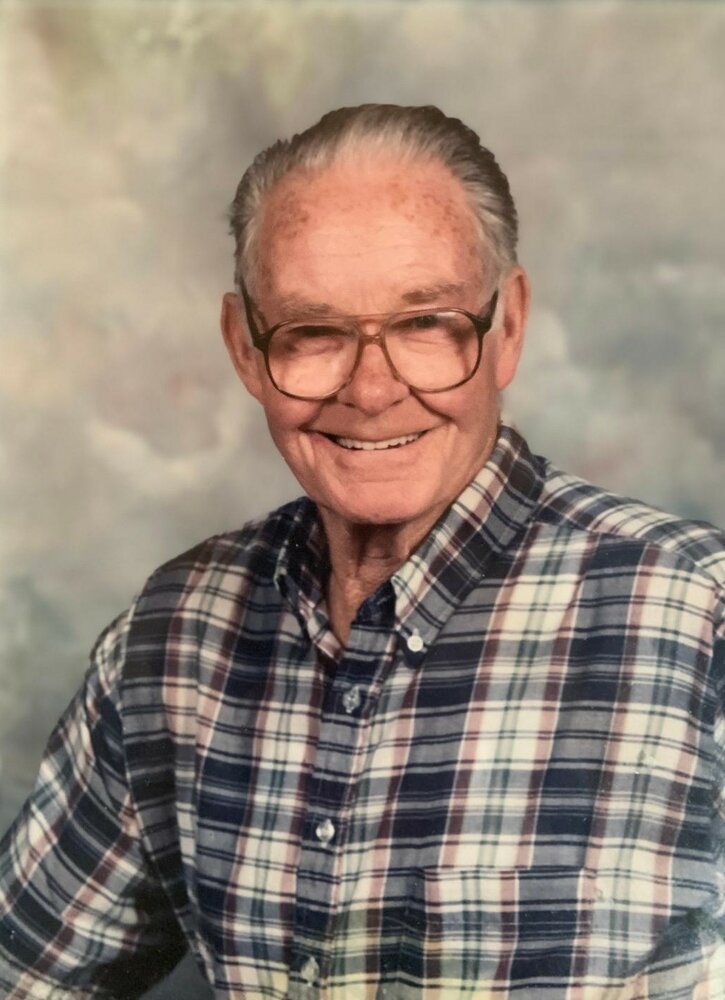 Please share a memory of Briar to include in a keepsake book for family and friends.
View Tribute Book
Louis Frank Halley, “Briar”, ended his 95-year journey in his home in Doniphan, MO, surrounded by his family. Briar was born in Morley, MO on October 1, 1926, and he departed this life on Monday, November 15, 2021. He is survived by his wife, Georgia Halley, and his five children, Ed Halley of Iberia, MO, Barbara Hill of Iberia, MO, Jerry (Judy) Halley of Briar, MO, Darlene Halley-Crader of Doniphan, MO, and Cheryl Halley-Kepley of Poplar Bluff, MO. Briar is also survived by 15 grandchildren, 41 great-grandchildren, and four great-great-grandchildren. He was preceded in death by three brothers and two sisters, Lyman Halley, Wanda Halley, Mary Cambron, Harold (Pug) Halley, and Billy Joe Halley; three grandchildren, Diane Halley, Logan Schalk, and Devon Frisbie; and one son-in-law, Jim Hill. Briar was a pillar in his community, and he attended the West Point United Pentecostal Church for over 50 years. He was an army veteran who served in Okinawa, Japan in WWII. After he left his service in the military, he married his beautiful bride of almost 75 years, Georgia (Georgie ❤️). They moved their family of five to Doniphan in 1969 where Briar opened a successful electrical appliance business called Halley Electric, distributing the very first microwave oven to the Doniphan community. After years of running his business with his son and son-in-law, he started dabbling in real estate, building multiple homes along Hwy160 and even Brooks Lane, leaving their long-time residence on Y Hwy. If you know anything about Briar, you know he didn’t do anything halfway, but he poured his heart and soul into his work and family. After he retired, his love for home construction and resale led him to obtain his real estate license at 66 years old. He purchased Current Country Realty and spent almost a decade working to finally retire around 85 years old. Even though he officially retired, he never stopped working and moving and contributing to all of those around him. When he couldn’t physically work in real estate because of his eyesight, he worked on his yard, garden, and home. He loved to hunt, and his sense of adventure took him to Colorado many times with all the boys. One of his other favorite destinations was Florida, where he absolutely loved taking his grandchildren to Disney World. What made Briar (PePaw) smile was making others smile. He amazed all of those around him with his intellect as he was a walking calculator, and his memory was so sharp even until the very day he died. His recollection of names, dates, and trivia astounded us all, and we were in awe just listening to him talk. There wasn’t a buffet on the planet that ever made a dime off Briar Halley as his appetite was a big as his heart. He was so selfless and making his family happy WAS his truest joy. He spent his lifetime providing for his family, extended family, and even strangers if they needed him. His love for his family was “unconditional”. His ability to deeply love, “no matter what”, was one of his biggest strengths. His presence on this earth will be missed every day, and his memory will never ever be forgotten. Visitation for Briar will be at West Point United Pentecostal Church on Thursday, November 18, 2021 beginning at 11:00 with the funeral service to follow at 1:00 p.m. Burial will be in Hunt-White Memorial Gardens.

A Memorial Tree was planted for Briar
We are deeply sorry for your loss ~ the staff at Edwards Funeral Home, Inc.
Join in honoring their life - plant a memorial tree
Print
Share A Memory
Plant a Tree