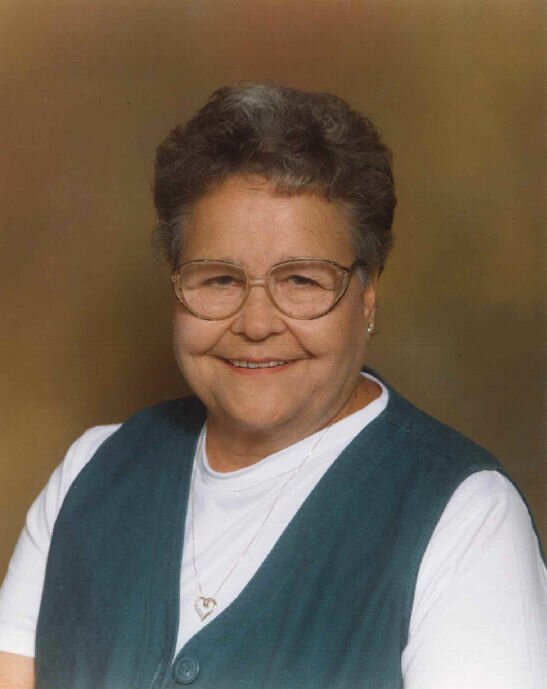 Ruby Jean Cox of Maynard, AR was born February 16, 1930 to Frederick William Yates and Mary Elizabeth (Cannady) in Rolla, MO. She passed away Monday, November 1, 2021. Ruby was married 71 years to Cleaven Cleatus Cox who passed away on October 4, 2021. Ruby and Cleaven were never apart. They did everything together. Like Cleaven, Ruby was all about her family. They were first. Even grocery shopping was a family thing. All the family went. Ruby and Cleaven met in the Supply, AR area when she, her dad, and three of her brothers moved to the area for work. They married and moved to St. Louis where she worked at Prince Gardner making billfolds. When Cleaven retired, they moved back to Supply, and he farmed cattle while Ruby went to work at Waterloo, spot welding toolboxes Even with over 100-degree temperatures during the summers, Ruby loved her job and her co-workers. After she retired, she and Cleaven worked the farm and started going to estate sales buying junk furniture and turning it into beautiful antique furniture. She never stopped from morning ‘til night, working, gardening, and building a beautiful home, land, and family. Ruby and Cleaven worked hard for everything they had and took pride in what they did. Ruby was serious about everything she did; yet she always laughed and cut up with anyone she met. She was one of a kind. Ruby and Cleaven attended Elmont Pentecostal Church. They were a match made in Heaven, and that’s where they are now, back together, and never to be apart. On September 2, 1950 Ruby married Cleaven, and they leave behind three daughters, Jacklyn (Gary) Buckley, Linda Cox, and Barbara Cox; five grandchildren, Jennifer McKinney, Mandi Hanson, Stacey Buckley, Zachery (Cheryl) Grant, and Cody Grant; 12 great-grandchildren, Jordan (Joseph) James, Braden McKinney, Alec Williamson, Alyssa (River) Flanigan, Kadin Hanson, Creaton Crawford, Jessica Hopkins, Kyra Buckley, McKenna Grant, Kayla Grant, Eli Grant, and Zander Grant; and six great-great-grandchildren, Raegen, Mallory, and Natalie James, Braylee Brown, Kinleigh Flanigan, and Aubree Flanigan. In addition to her parents, Ruby was also preceded in death by her sisters, Edna and Geneva (Ginny), and her brothers, John, Jim, Lee, George, and Bill Yates. Visitation will be held in the Edwards Funeral Home Chapel on Friday, November 5, 2021 beginning at 9:30 a.m. with the funeral service to follow at 11:30 a.m. Burial will be in the Macedonia Cemetery.

A Memorial Tree was planted for Ruby
We are deeply sorry for your loss ~ the staff at Edwards Funeral Home, Inc.
Join in honoring their life - plant a memorial tree
Print
Share A Memory
Plant a Tree