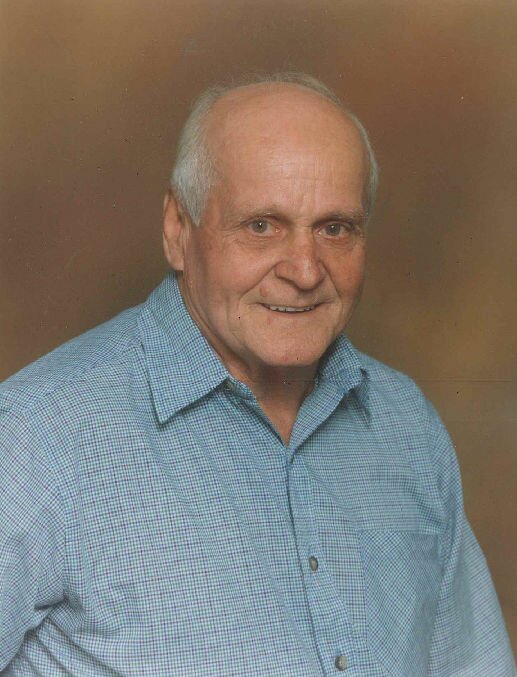 Please share a memory of Cleaven to include in a keepsake book for family and friends.
View Tribute Book
Cleaven Cleatus Cox, 91, of Maynard, AR, departed this life Monday, October 4, 2021 at Three Rivers Hospital in Pocahontas, AR. He was born January 14, 1930 in Supply, AR to the late William and Irene (Carter) Cox. Cleavin was a family man. His family always came first. He would tell stories about his great-great-grandfather settling in the Supply, AR area where Cleaven was raised. He also told stories of his grandmother raising his mother in the Macedonia area of Ripley County. Cleaven never forgot the history of his family. Cleaven got polio when he was 19 years old. He spent a year fighting it and beat it. He went through rehabilitation school and learned to be an automobile body and fender man. He was a great one too, a perfectionist in everything he did. Cleaven and Ruby lived in St. Louis where he fixed cars, and she worked at Prince Gardner. Later in 1973, they moved back to Supply where they built their family home and started raising cattle. Cleaven never sat around. He always worked and gave it his all. Later, he and Ruby started re-doing antiques, and like everything else he did, they did it perfectly. In his 80s his polio started coming back. It was called post-polio syndrome. Again, he had to fight. Then he had a heart attack, stints, pacemaker, ablation, a Watchman implant, stints in his left leg, and an infected foot, but he still fought. Up to a month ago, he was starting to stand again because he never gave up. Cleaven was strict, old-fashioned, and believed in family values. Out of everything he accomplished, his greatest achievement was being the best father, grandfather, and husband ever. He is truly the greatest family man in the eyes of his family who are not ready to let him go but understand God knows what is best. Cleaven can now walk, see, and hear and is no longer in pain. On September 2, 1950, Cleaven married Ruby Yates in Pocahontas, AR. She survives. Also surviving are his daughters, Linda Cox, Jacklyn (Gary) Buckley, and Barbara Cox, all of Maynard; five grandchildren, Jennifer McKinney, Mandi Hanson, Stacey Buckley, Zachery (Cheryl) Grant, and Cody Grant; twelve great-grandchildren, Jordan (James) McKinney, Braden McKinney, Alec Williamson, Alyssa Flanigan, Kadin Hanson, Creaton Crawford, Jessica Hopkins, Kyra Buckley, McKenna Grant, Kayla Grant, Eli Grant, and Zander Grant; and six great-great-grandchildren, Ragen, Mallory, and Natalie James, Braylee Brown, Kinleigh Flanigan, and Aubree Flanigan. In addition to his parents, Cleaven was also preceded in death by his sister, Imogene Cox Maloney, and his brother, Willard Dean Cox. Visitation will be at Edwards Funeral Home on Friday, October 8, 2021 beginning at 9:30 a.m. with funeral services to follow at 11:30 a.m. Burial will be in the Macedonia Cemetery.

A Memorial Tree was planted for Cleaven
We are deeply sorry for your loss ~ the staff at Edwards Funeral Home, Inc.
Join in honoring their life - plant a memorial tree
Print
Share A Memory
Plant a Tree