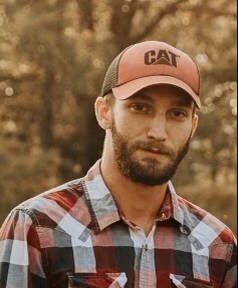 Thomas William Ray Hart, 26, of Doniphan, MO, departed this life Monday, August 16, 2021 at Barnes Jewish Hospital in St. Louis, MO with his mom, dad, and two sisters by his side. He was born August 8, 1995 in Poplar Bluff, MO to Thomas W. and Phyllis (Melton) Hart. Thomas was a welder and heavy equipment operator. He was a man of few words; however, friends described him as witty with a comeback for everything. He enjoyed fishing, hunting, and spending time with his kids, family, and friends. Surviving are his father, Tom (Nancy) Hart; mother, Phyllis (Kevin) Pippin; two children, Jessica Lynn Hart and Kolsyn Robert Hart, both of Doniphan; two sisters, Krystle (Dustin) Hudson of Doniphan and Jordan (Jason) Harris, also of Doniphan; stepsister, Brandi Anderson; stepbrothers, Zach Pippin and Jacob Pippin; a “brother from another mother”, Dakota Mooney; his paternal grandmother, Diane Hart; wife, Faith Jaques; nephews, Trevor Carner, Conner Hudson, and Parker Hudson, as well as many aunts, uncles, cousins, and friends. Thomas was preceded in death by his paternal grandfather, Ray Hart; maternal grandparents, Bill and Melba Melton; and a stepbrother, Austin Elliott, and his uncle, Mike Melton. A celebration of life service will be held at a later date.

A Memorial Tree was planted for Thomas
We are deeply sorry for your loss ~ the staff at Edwards Funeral Home, Inc.
Join in honoring their life - plant a memorial tree
Print
Share A Memory
Plant a Tree