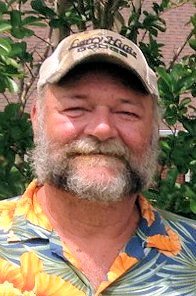 Earl Henry Longhibler, Jr. departed this life Thursday, April 15, 2021 at Missouri Baptist Hospital in St. Louis, MO. He was born April 5, 1955 in Poplar Bluff, MO to the late Eloise Mahre (Carnahan) and Earl Henry Longhibler, Sr. Earl was 66. Earl retired from Union Pacific Railroad after 35 years. He was known by most people on Current River by his boat, the General Lee. It was a thrill for him to share his love of the river with family and friends. He loved music. All that knew him could tell you he always had music playing. But his greatest passion was gardening. The way he nurtured his plants to thrive gave him such pride. On April 30, 1984, Earl married Debera Haun in Poplar Bluff. She preceded him in death on April 1, 2007. He was also preceded in death by a grandchild, Braxton. Surviving are his children, Jason Longhibler and his spouse Jessica, of Poplar Bluff, MO, Josh Longhibler, of Poplar Bluff, Jennifer Longhibler and Paul Shearin, also of Poplar Bluff; sisters, Joyce Longhibler Sheridan of Poplar Bluff, Henrietta Crawford of St. Louis, MO, and Earlene Casey of Poplar Bluff; brothers, Joseph Longhibler of Sunrise Beach, MO and Robert Longhibler of Poplar Bluff; and his grandchildren, Ashton, Avery, Austin, Aiden, Bryson, Blake, Taylor, and Kylee. Visitation will be at Edwards Funeral Home at noon on Saturday, April 24, 2021 with the funeral service to follow at 2:00 p.m. Burial will be in Hunt-White Memorial Gardens.
Plant a Tree
Print
Share A Memory
Plant a Tree